On 12 September 2018, Apple announced that the new XS, XS Max, and XR iPhones would include eSIMs in addition to the normal nano-SIM slot that holds a physical plastic SIM. This allows a user to have 2 mobile plans ( and two phone numbers ) in their phone at the same time.

As expected, they are supporting the Dual SIM Standby standard rather than the Dual-SIM Active mode. This means that only one line can be active at any time. If you are on one line and a call comes in on the other then the incoming call will go to voicemail. 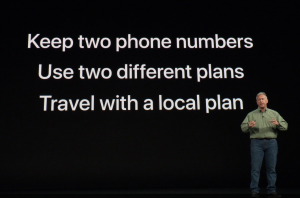 The eSIMs are not currently available on the Chinese version of these phones – apparently for regulatory reasons. Instead, a version of the XS Max will be available that supports two back to back physical plastic nano-SIMs in this region. Apple has been fitting eSIMs into the cellular versions of their iPads for some time and seems to be offering similar carrier support to iPhone users that is available for iPad users.

They currently list several local MNOs that provide local service and a couple of MVNOs with global roaming support.

The new phones will begin shipping on 21st September. The Apple web site says that in order to take advantage of the eSIM the user will need “an update to iOS 12 coming later this year” 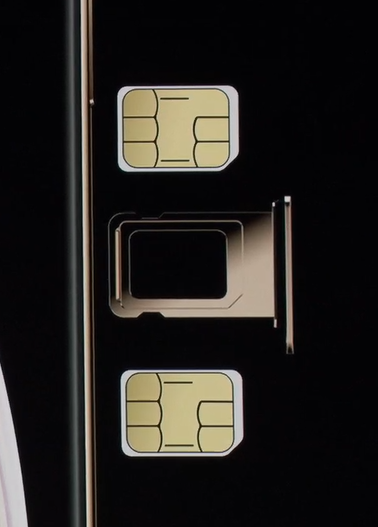 iOS 12 was made available on 17th September, and eSIM support was added in 12.1.  The update and newer releases contain additional settings to provision a new mobile service in the eSIM or switch between services. These are outlined in a support note on the Apple web site. Provisioning is affected in much the same way as used in Android Pie, either by scanning a QR code supplied by the operator or downloading a carrier app provided by the operator. It is not clear whether Apple has released the information to developers to facilitate the development of a carrier app.

Find out about eSIMs